For its Couture Collection, Maison Yeya addresses the extensive topic of love and transports the woman into the love story of her choice. With a selection of sixteen pieces, each evoking a different sensation of intimacy, founder and creative director Yasmine Yeya brings foward an endless realm of feelings associated with the concept of love. Whether a soft feeling of butterflies, a sensual feeling of lust, or a nervous feeling of euphoria – Maison Yeya translates sentiment into artistry – highlighting strong emotions of affection, attachment, empathy, security and respect. The collection – named “Les Nuits d’Aphrodite” or  “Aphrodite’s Nights” – pays homage to Aphrodite, the ancient Greek goddess, contentiously affiliated with the notions of love, beauty, pleasure, passion and procreation.

Light shades of pink, flashy nuances of fuchsia, dark tones of burgundy, and gleaming degrees of gold mark the collection’s color palette – highlighting the conflicting edges of emotions on the love spectrum – in a daring, yet charming and graceful way. Similarly, silhouettes range from flowy and romantic to dramatic, theatrical and structural, drawing the viewer into altering extremes. Intricate embroideries shower the pieces, and are accompanied by silk gazar, tulle and mousseline, painting extravagance at all points. 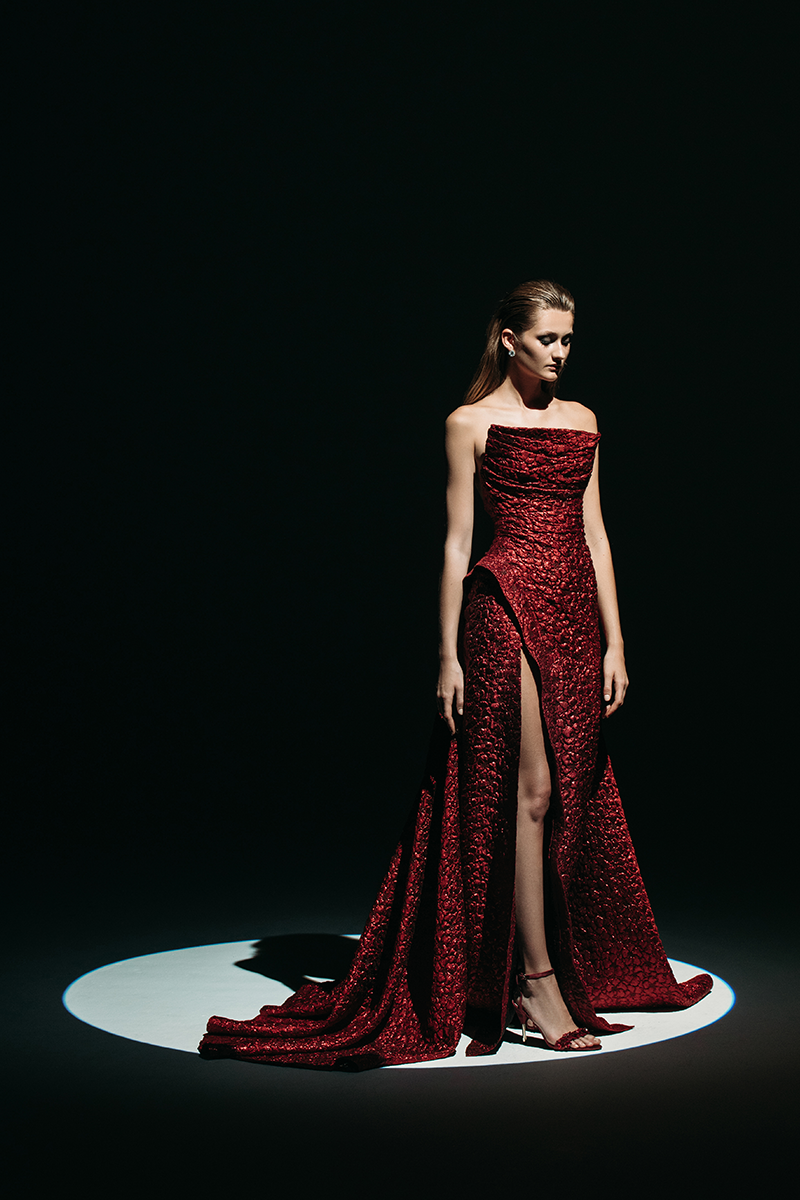 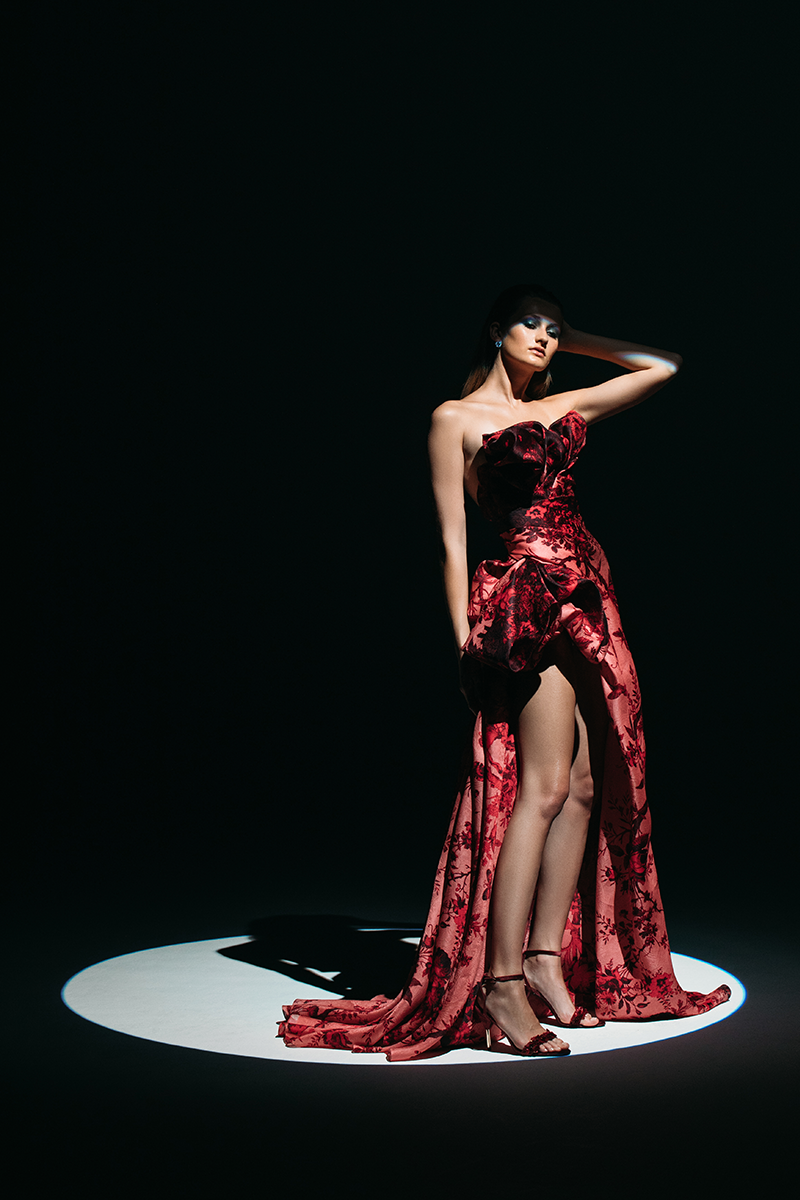 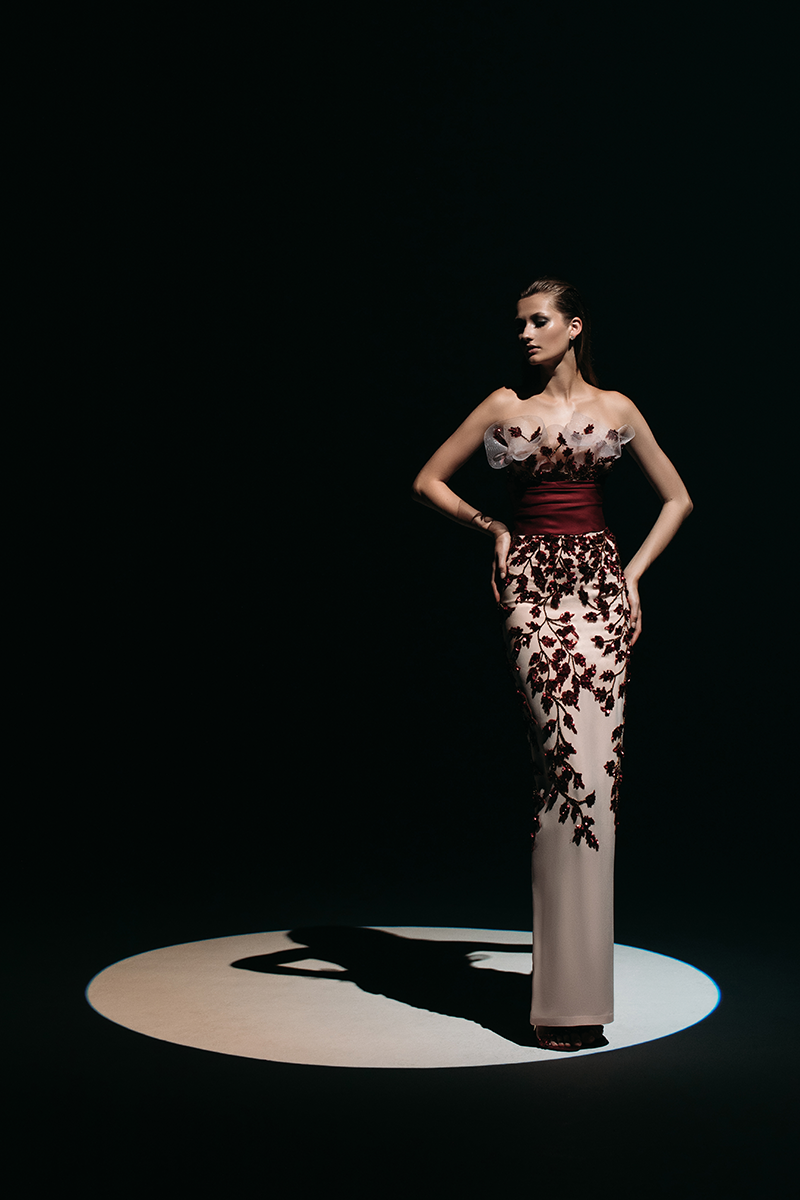 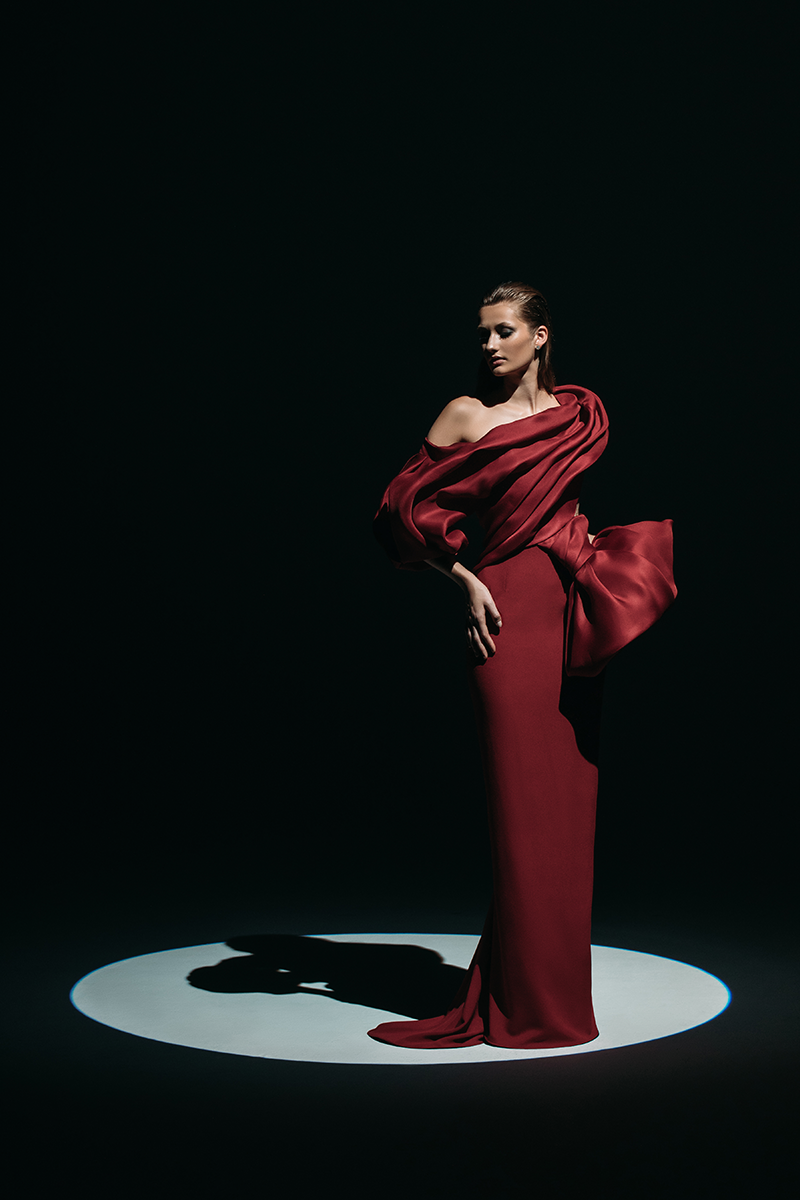 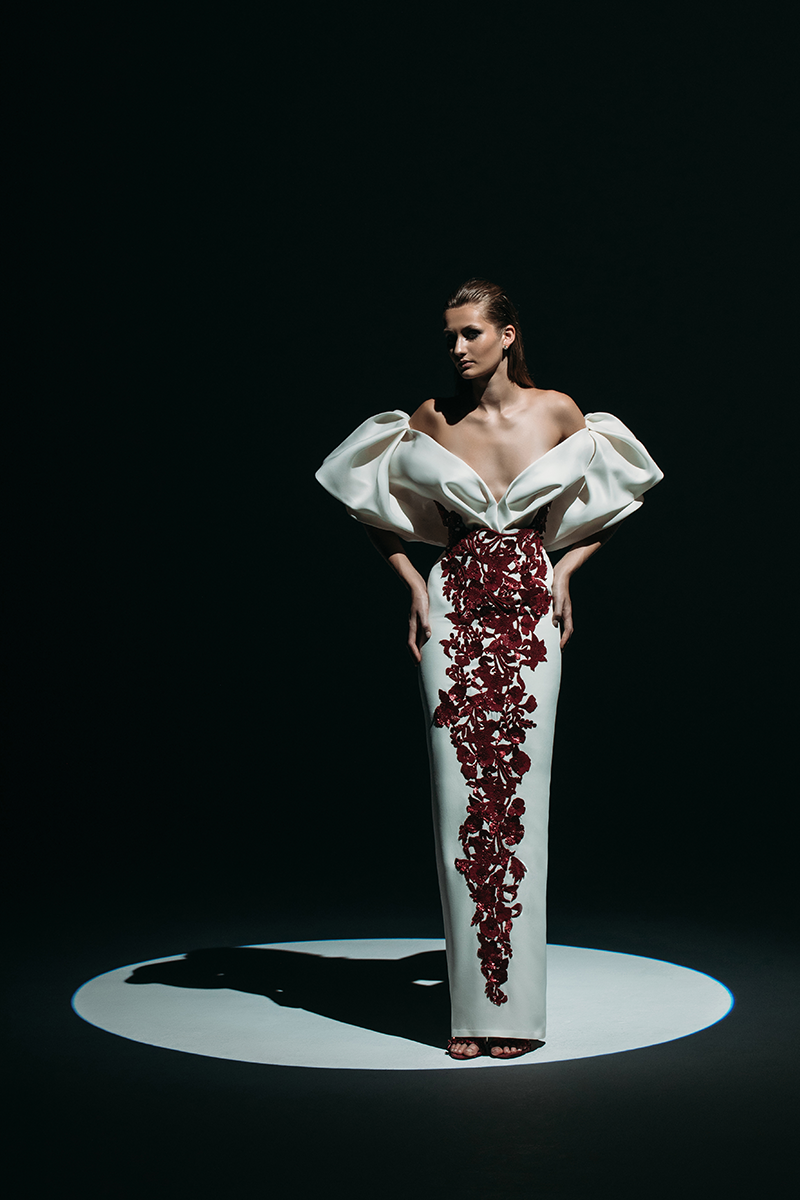 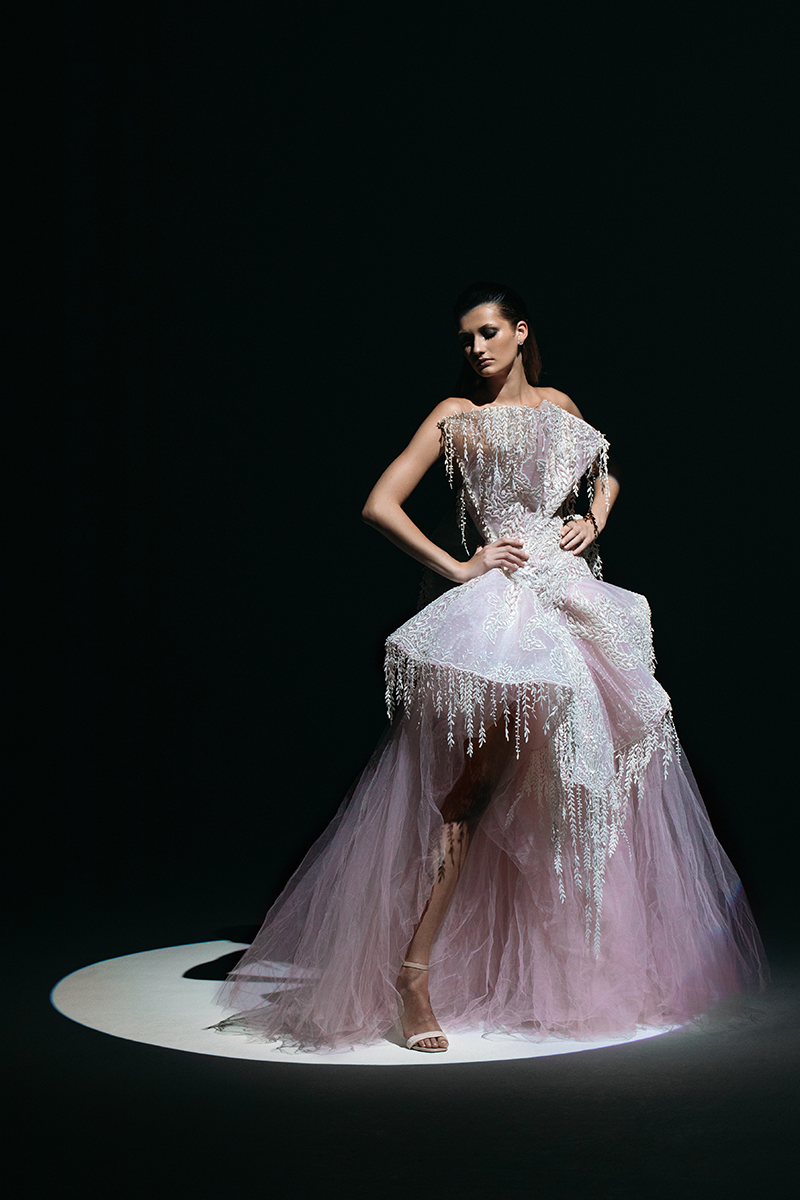 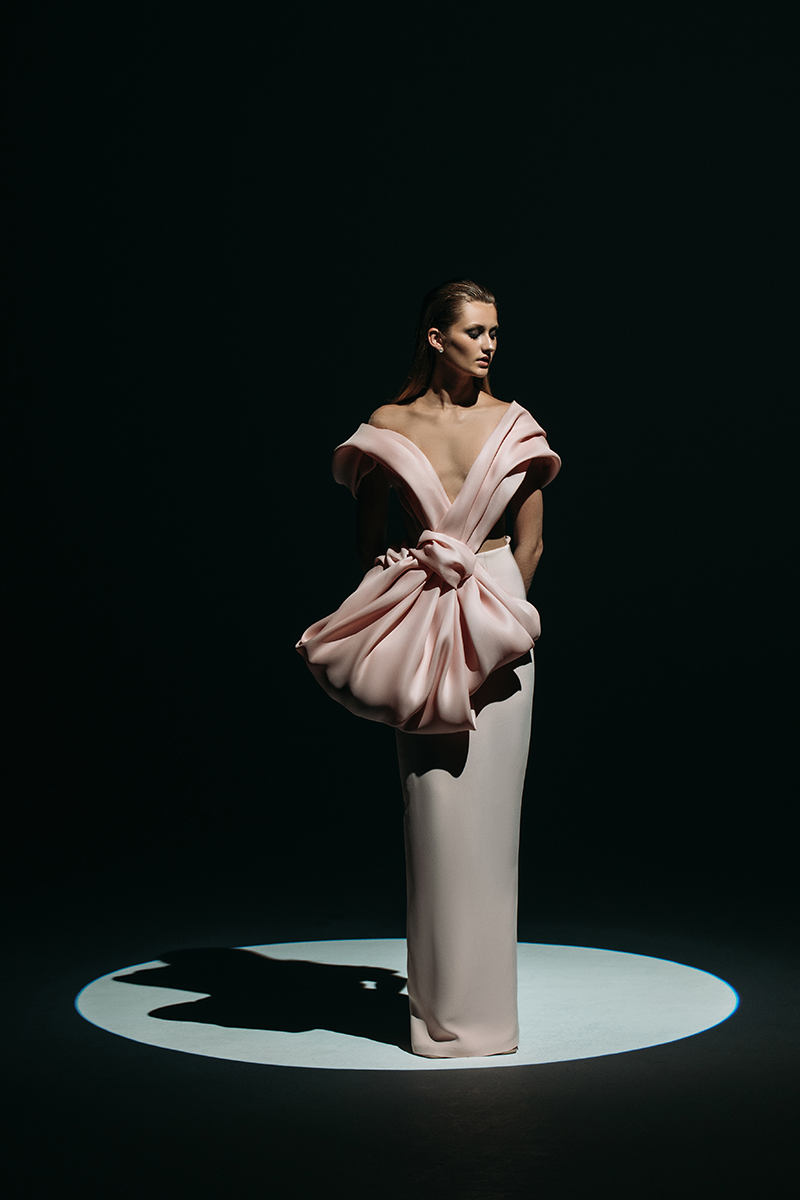 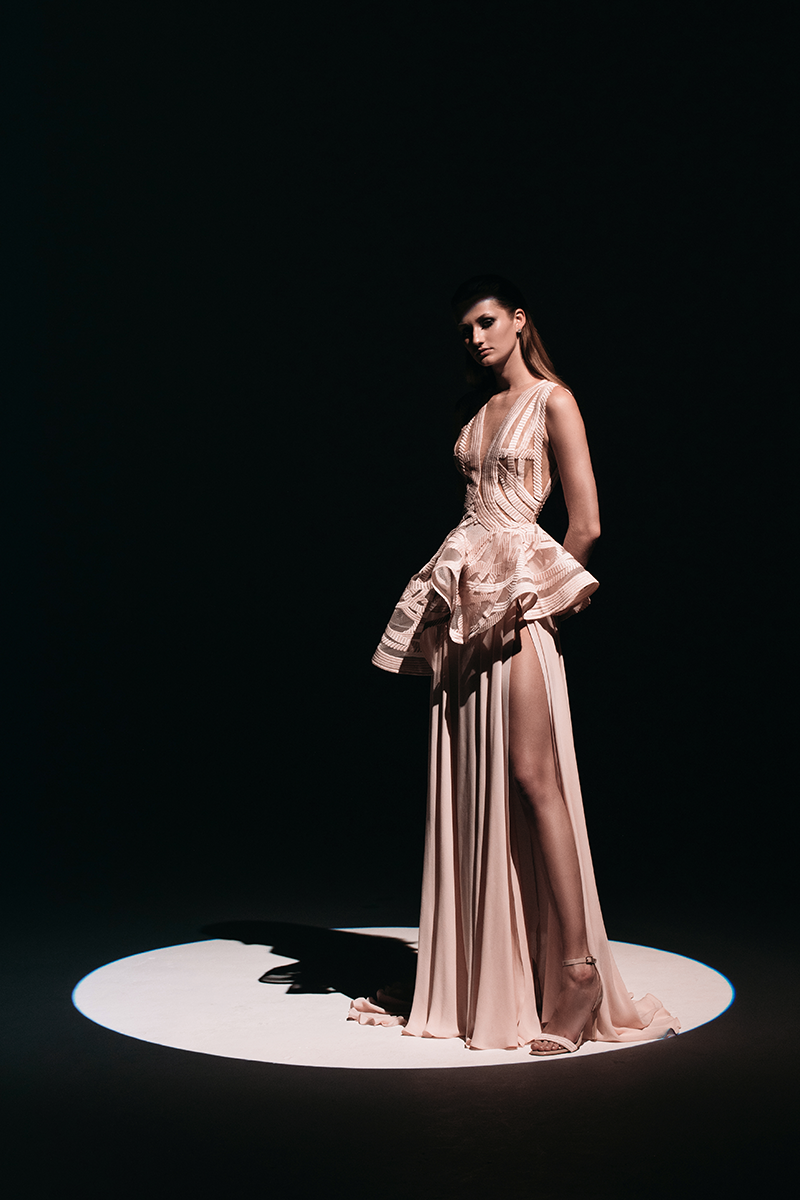 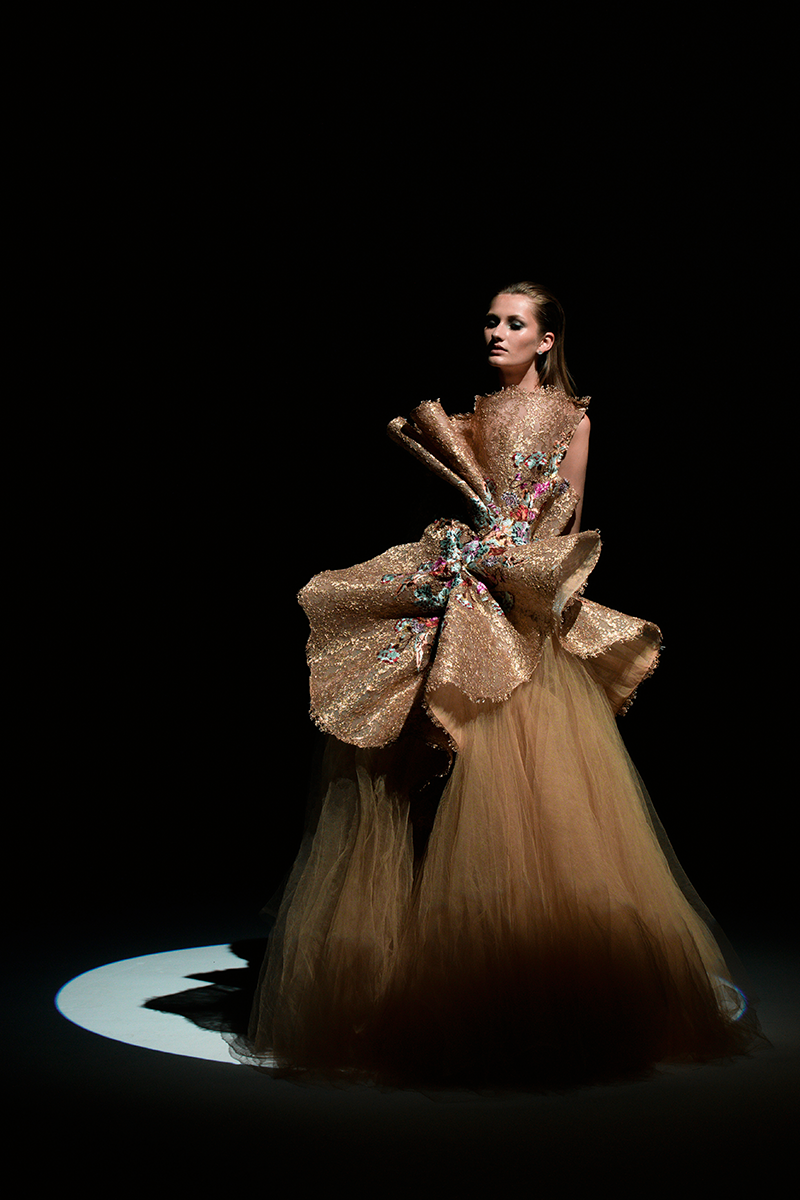 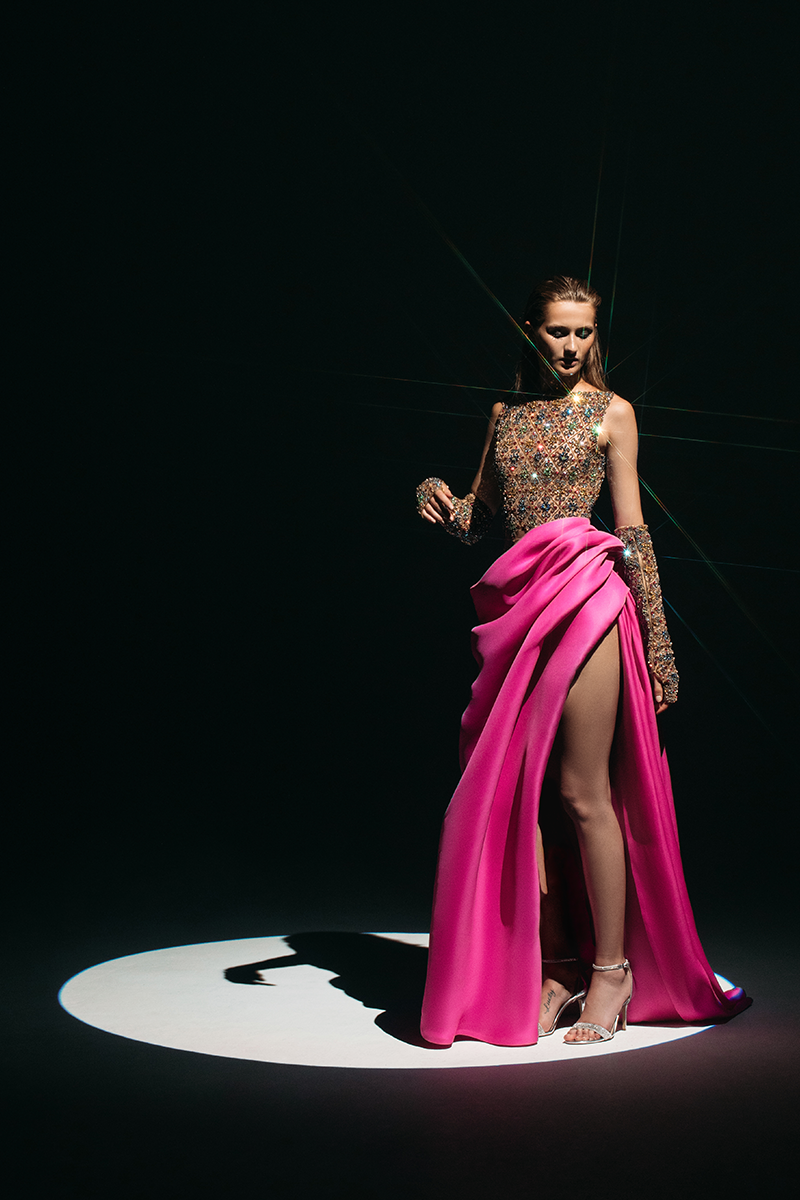 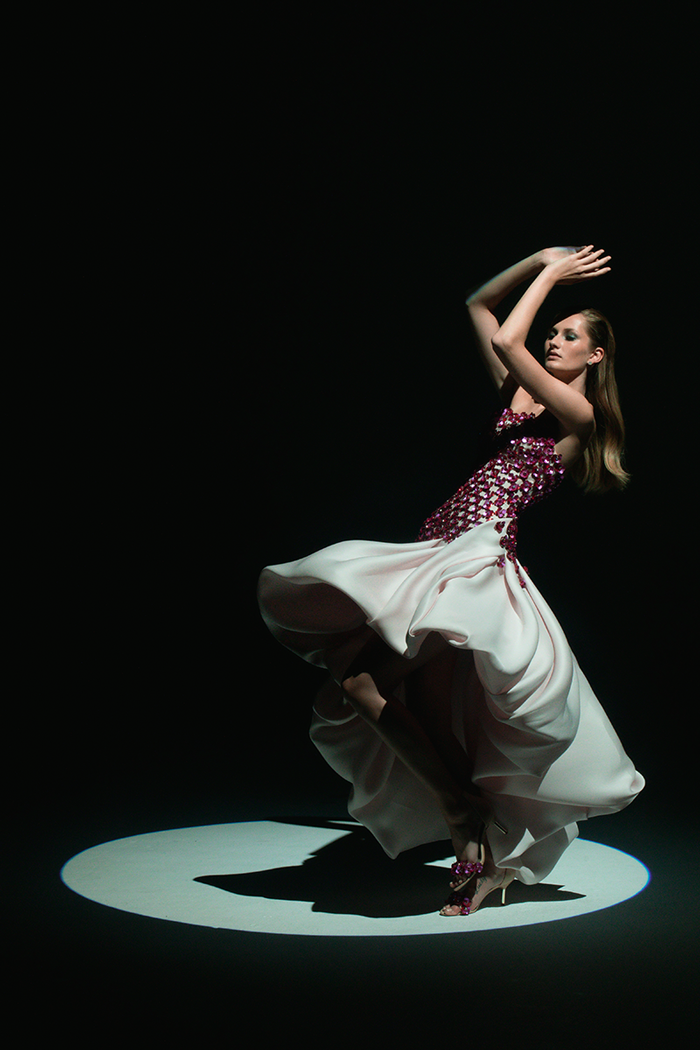 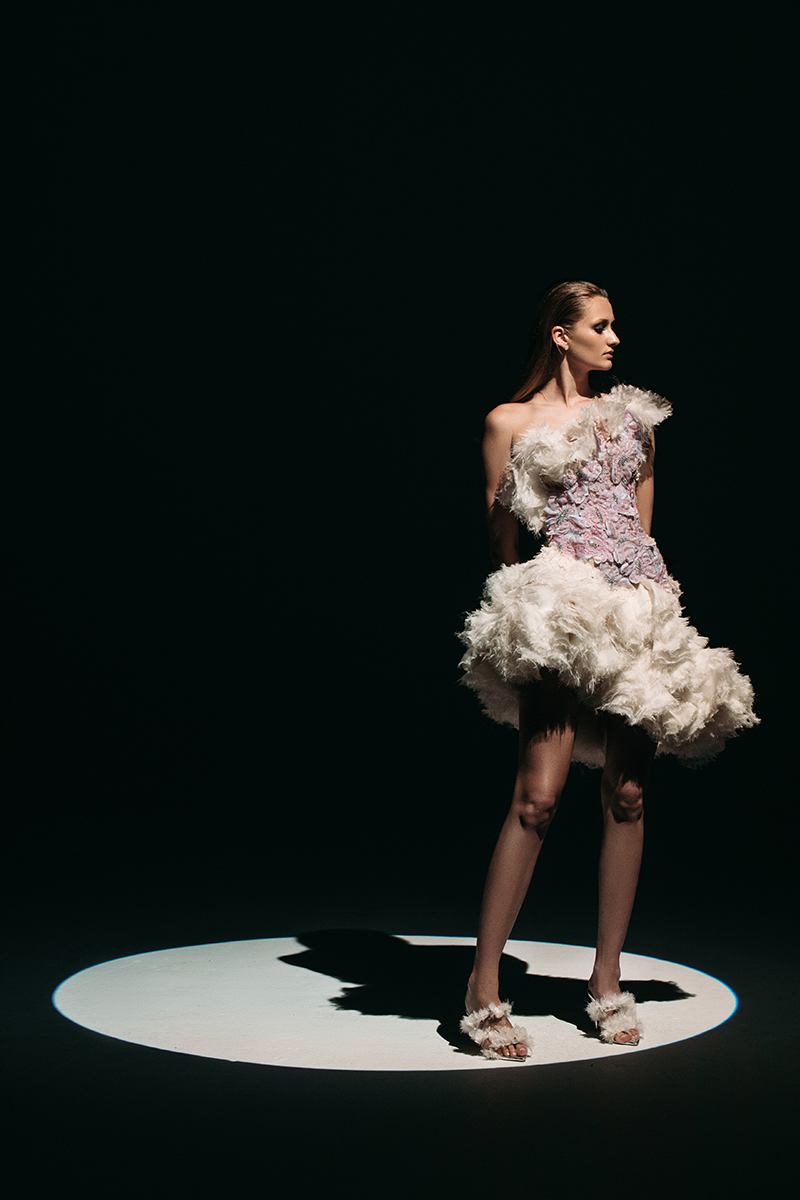 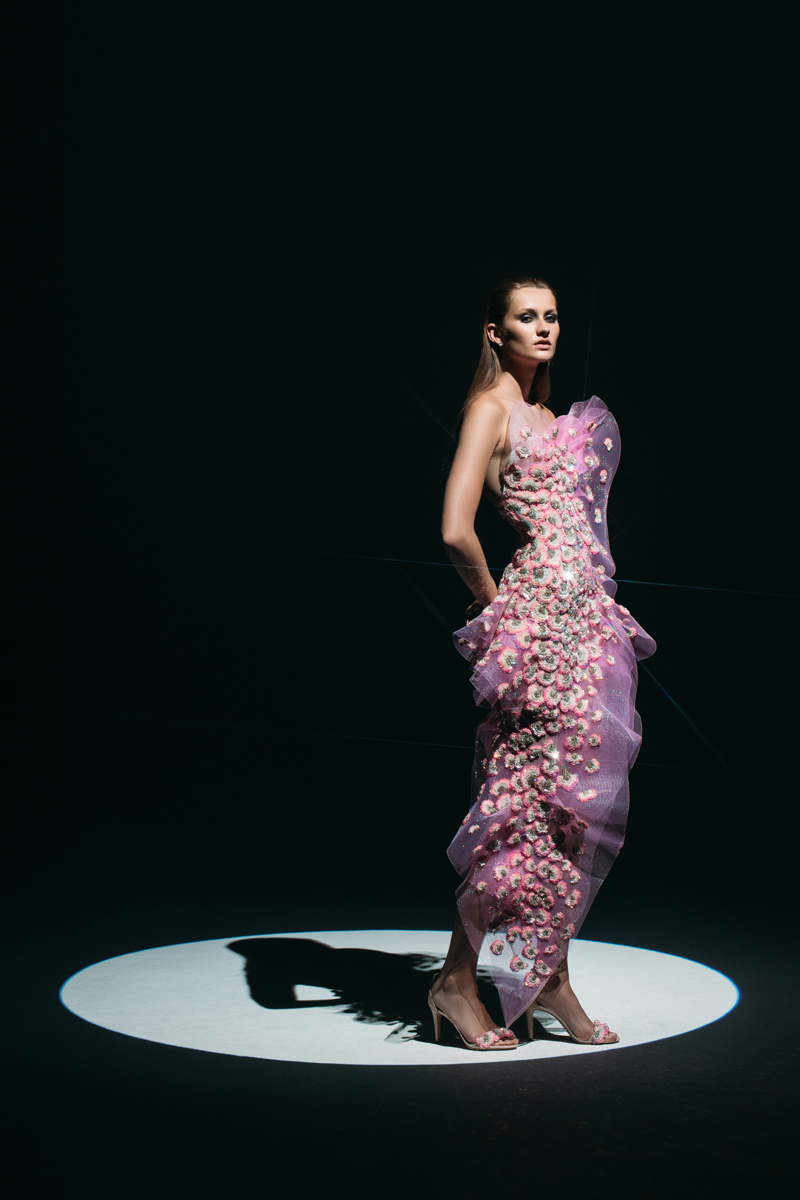 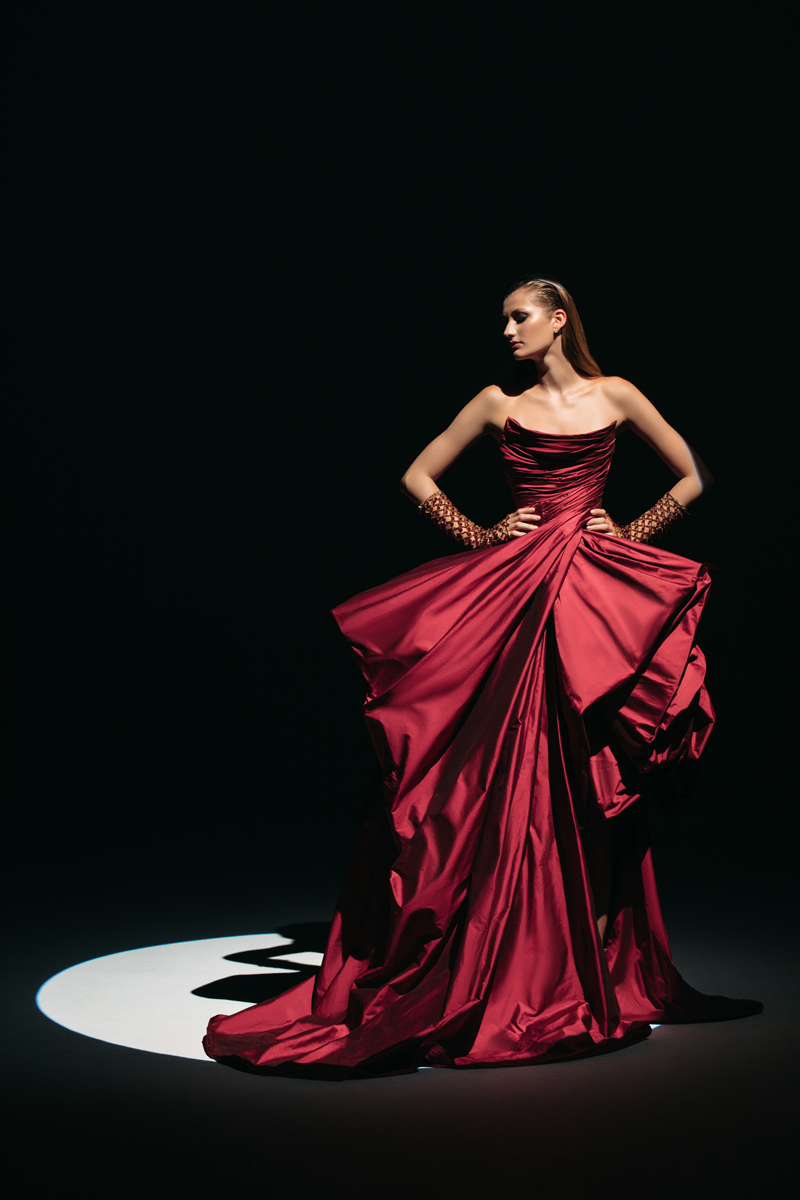